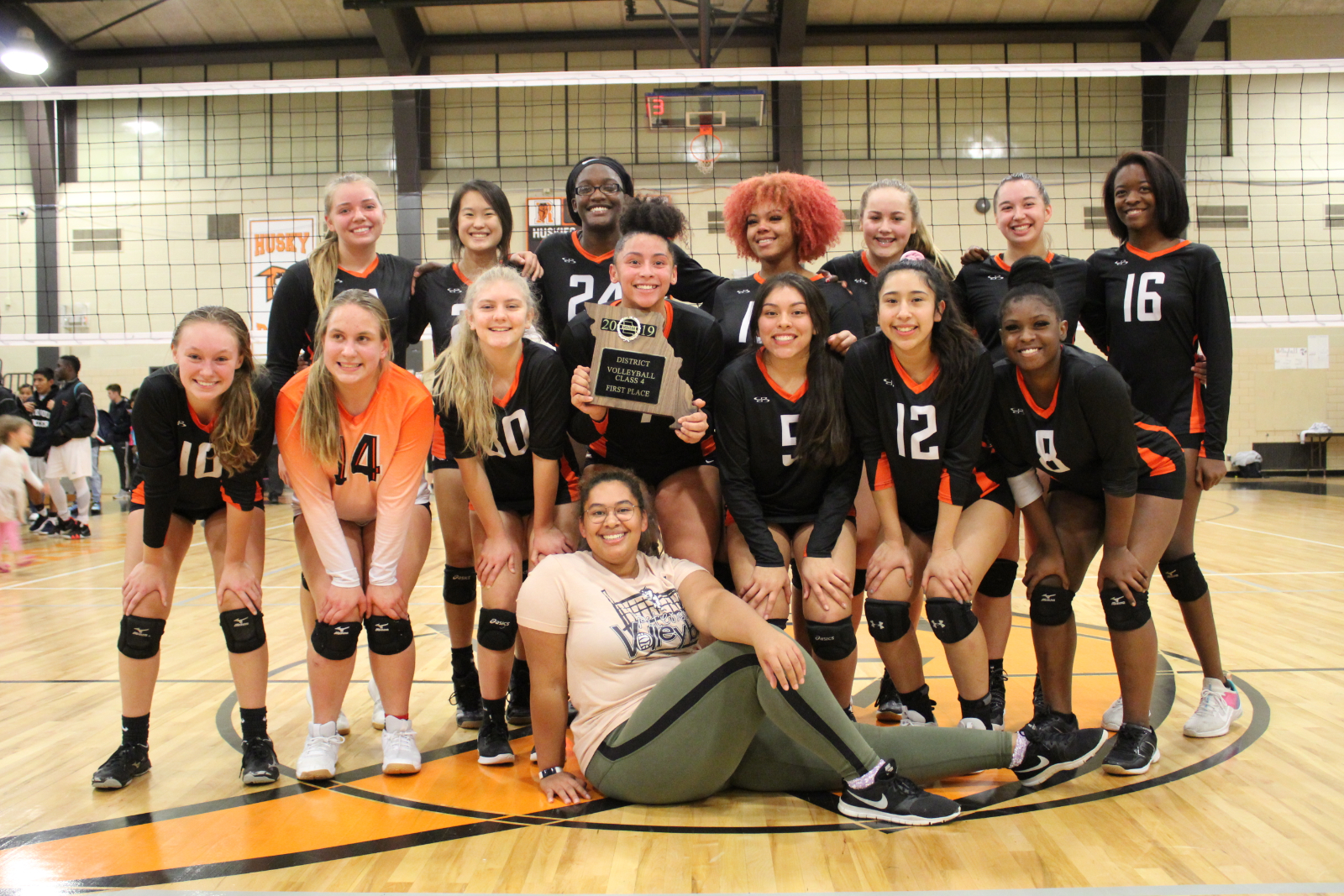 Jubilation from Cositlow Field House as the Huskies are now Class 4 District 5 CHAMPIONS!!!

The team cruised in the semifinal match winning 2-0 over McCluer North and took a quick first game in the finals vs. Hazelwood Central (25-16).

In the second match the Huskies struggled to find a rhythm and despite rallying late they fell 25-20.

The Hawks carried their momentum in the final match on the night and took a commanding lead late into the game.  The Huskies were down 8-16 and clawed their way back to 20-23 before finally taking the lead and CHAMPIONSHIP by a score of 25-23.

It was an incredible game and the gym was rocking.  The team showed amazing composure tonight and stayed positive.  Their maturity and dedication to one another was the determining factor in tonight’s success.

UP NEXT: The HOST site of the Sectional game SATURDAY will be the winner of Pattonville vs. Francis Howell Central and we will play the Winner of District 8 which is between Hannibal and Hickman (Columbia).  Game time will be either 1pm or 3:30pm be is currently undetermined.

Congratulations to these girls… coaches and parents for their hard work and commitment to Husky Nation!!!

No Events This Week

Events are added by athletic staff.
View All Events