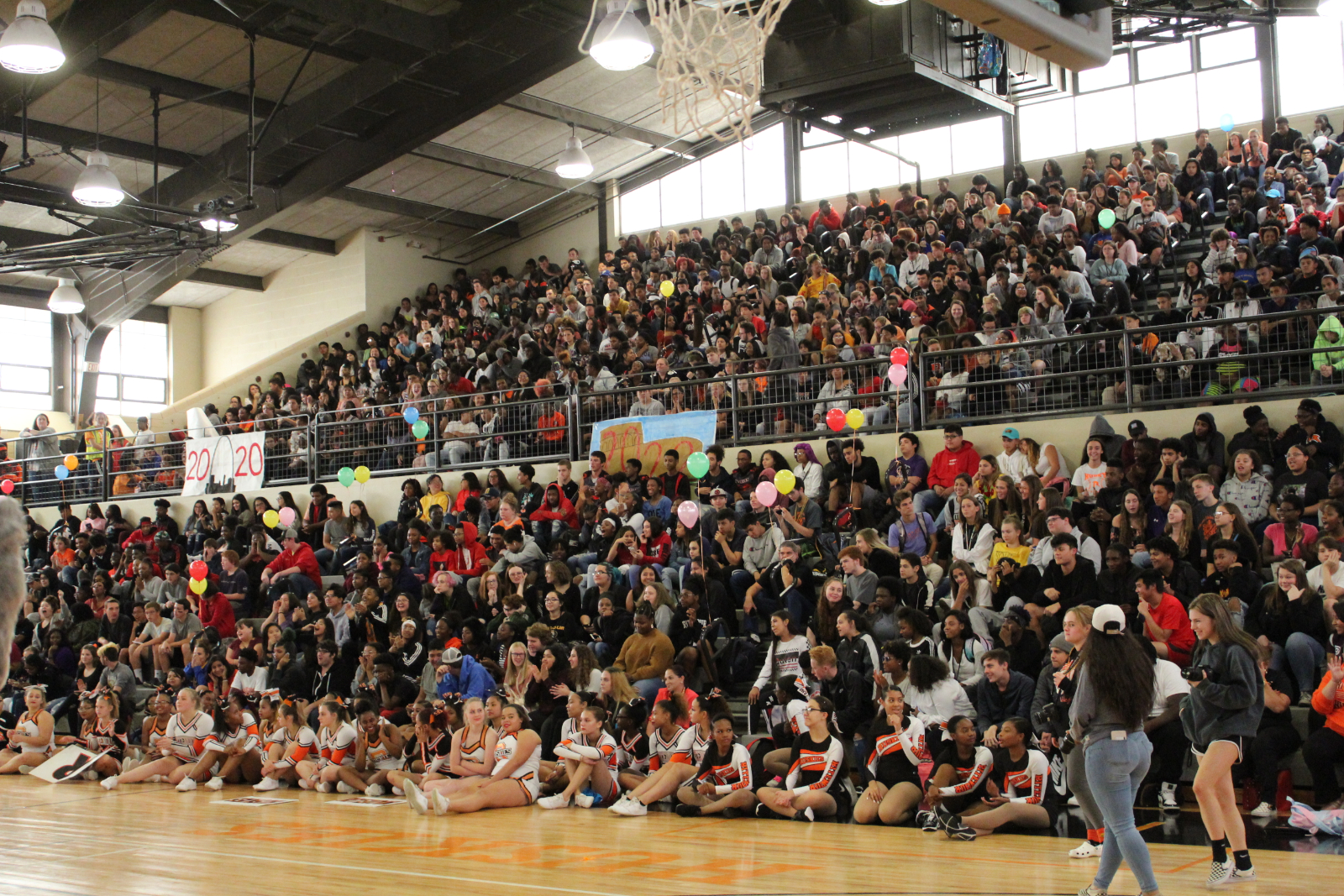 It’s a GREAT TIME to be a Husky!

With over 260 athletes participating,  42 All-Conference Selections, two Conference Champions, one District Champion, one State Qualifier and a Conference Coach of the Year – it was a special fall season to say the least.

Athletics have a way of setting the tone for the school year and our athletes rose to the occasion.

Girls Tennis, Boys Swimming, Girls Volleyball and Cross Country all turned heads as they led the way for our school and community. 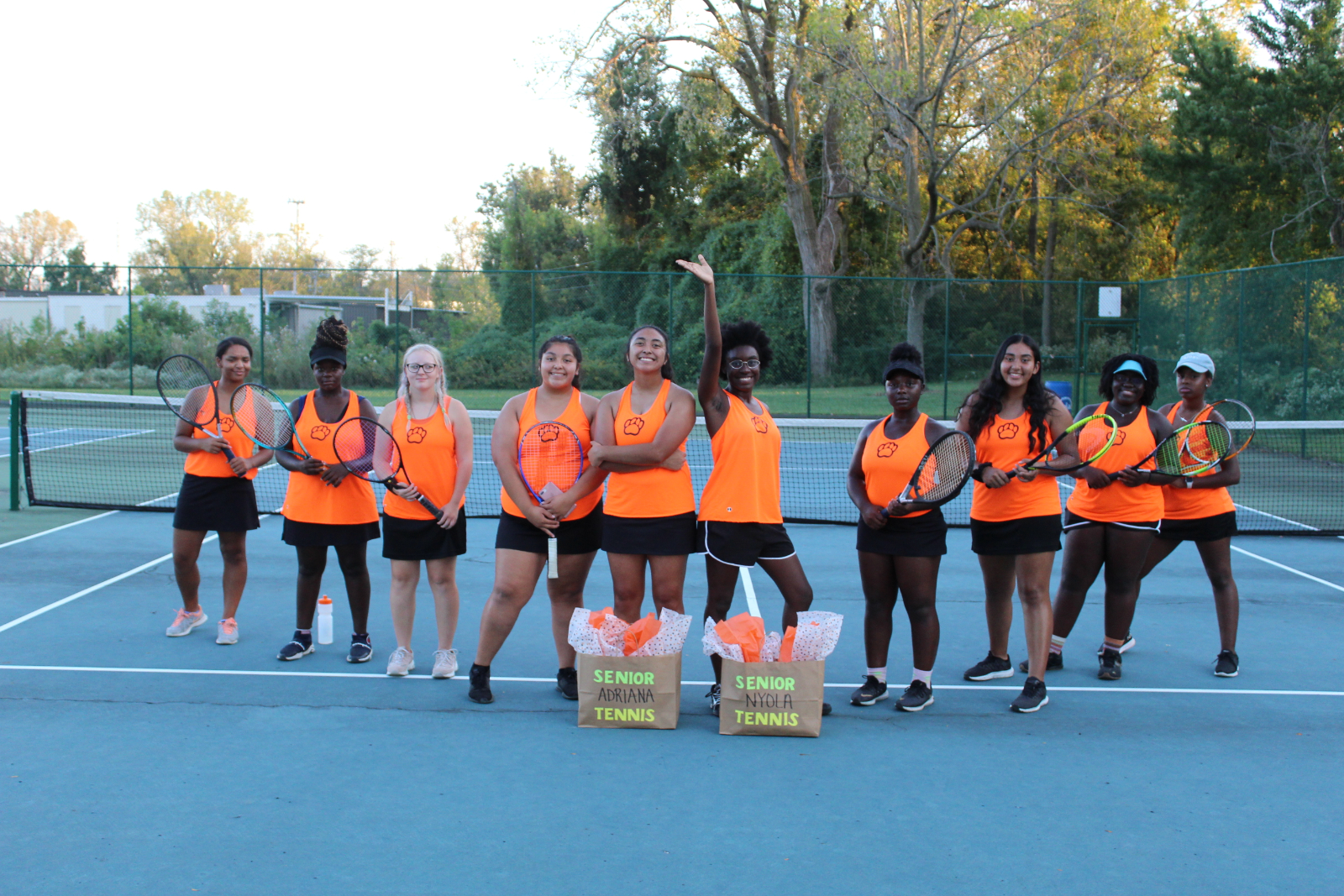 The Girls Tennis team were Conference Champions and had one of the best seasons in school history as they went 14-2 on the year.  The Girls played hard all season and defeated many teams that they had fallen to in the past.  The hard work and determination of the team paid off as they came together as a whole program.  This year the team placed second in District competition and also took second place is the North Side Classic.  In sectional play Adriaina Martinez took fourth in singles and Veronica Booker/Tyra Smith walked away with a third place finish in doubles.  Coach Beth Siebold was also selected as the Conference Coach of the Year.  The squad graduates two Seniors but returns the rest of the team as they look to defend a conference title.

COACH of the YEAR: Beth Siebold 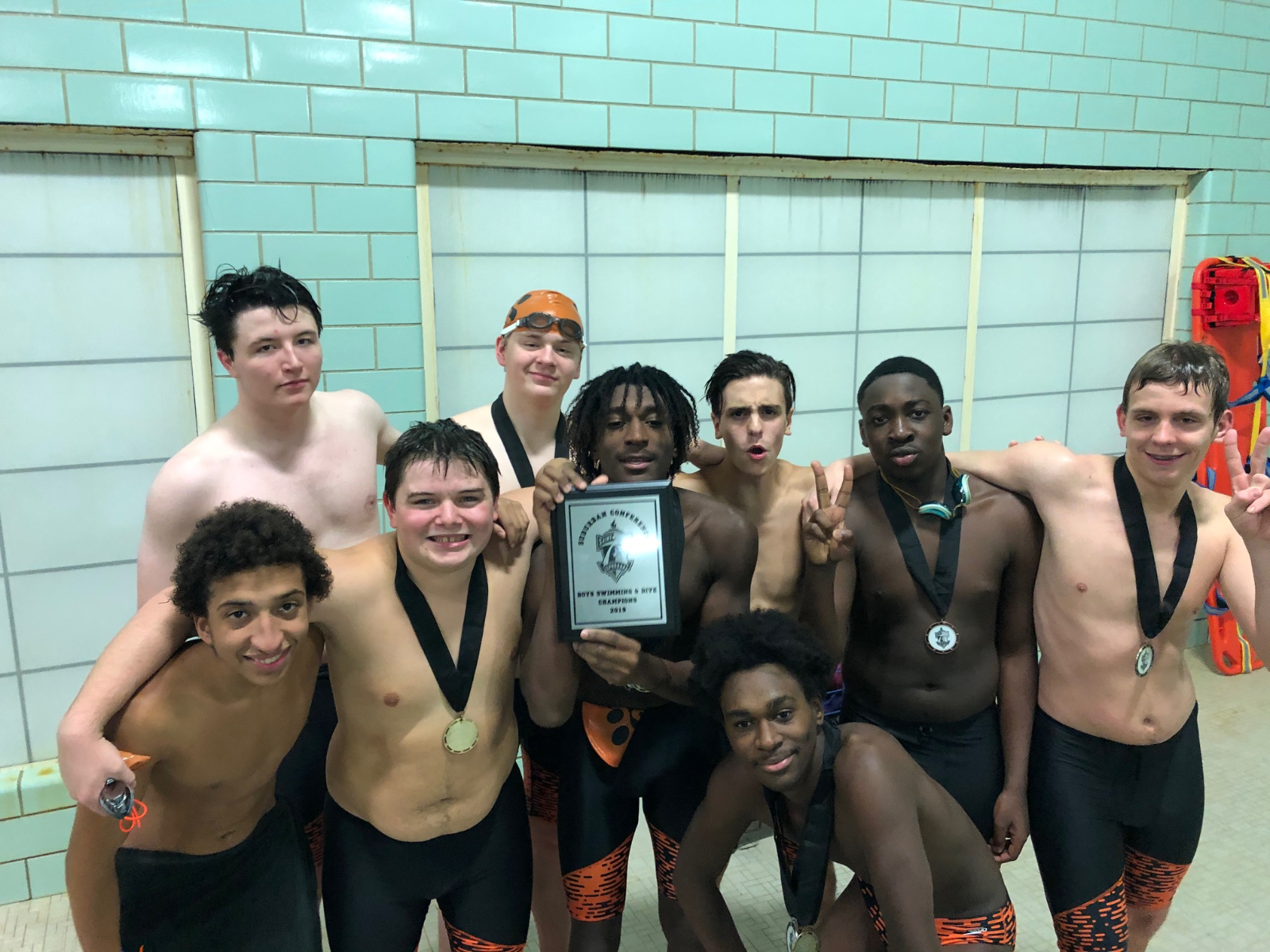 Boys Swimming took home the Conference title for the second year in a row. Ritenour placed first in all events except for the 200 Free and the 500 Free.  Everyone on the team earned a Conference medal and selection. Luca Beccacece. Javier Brown. Malkai Romer, and Pierre Brown set the tone for the Huskies in the 200 Medley Relay.  In all, 8 swimmers made 1st Team All-Conference in 14 different events.  The Huskies will lose 4 Seniors this year and they will be missed.  The team will be younger next year but eager to win another conference title and make it three in a row. 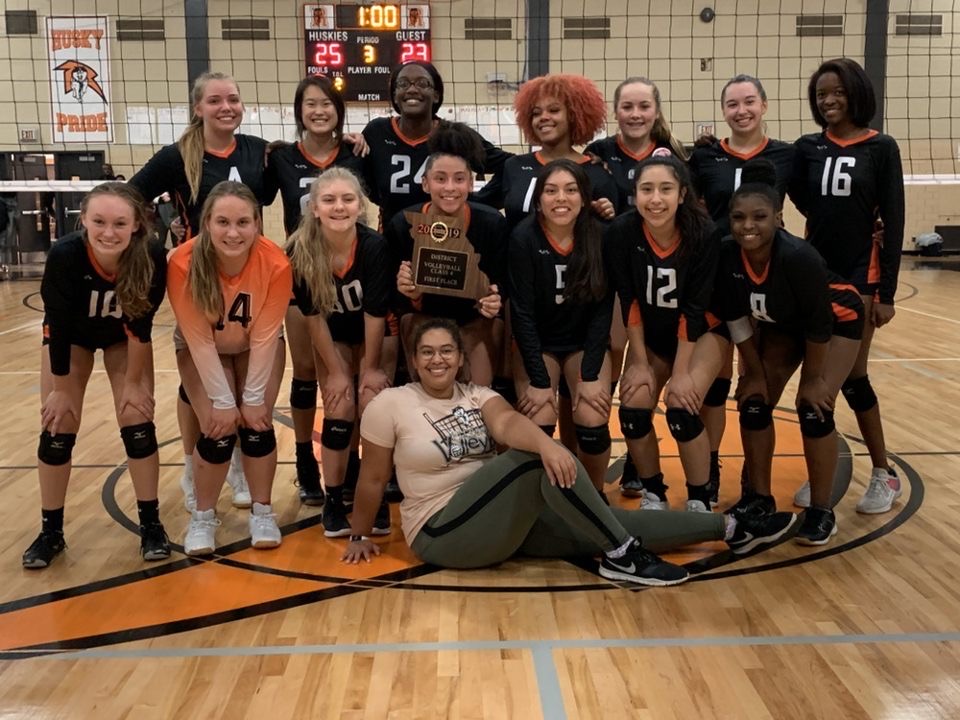 Girls Volleyball peaked at the right time and had one of the most successful seasons in school history.  The program was led by an awesome Senior Class that left their mark in the record books.  The Huskies took home first place in the Lutheran North Tournament, University City Tournament along with the District Tournament.  This was the third District Championship in four years for the girls as they finished the season with a record of 25-10-1.  The team also had many individual accomplishments with Makayla Hollyfield being selected as 1st Team All-Conference. Ava Biesterfeld and Sophia Reppert were Honorable Mention while Caroline Wong took home the Conference Sportsmanship Award.  The team also had placed seven on the All-District Team and had seven girls that participated all four years.  With nine school records broke for season and career marks, it is obvious Husky Nation takes Girls Volleyball seriously. 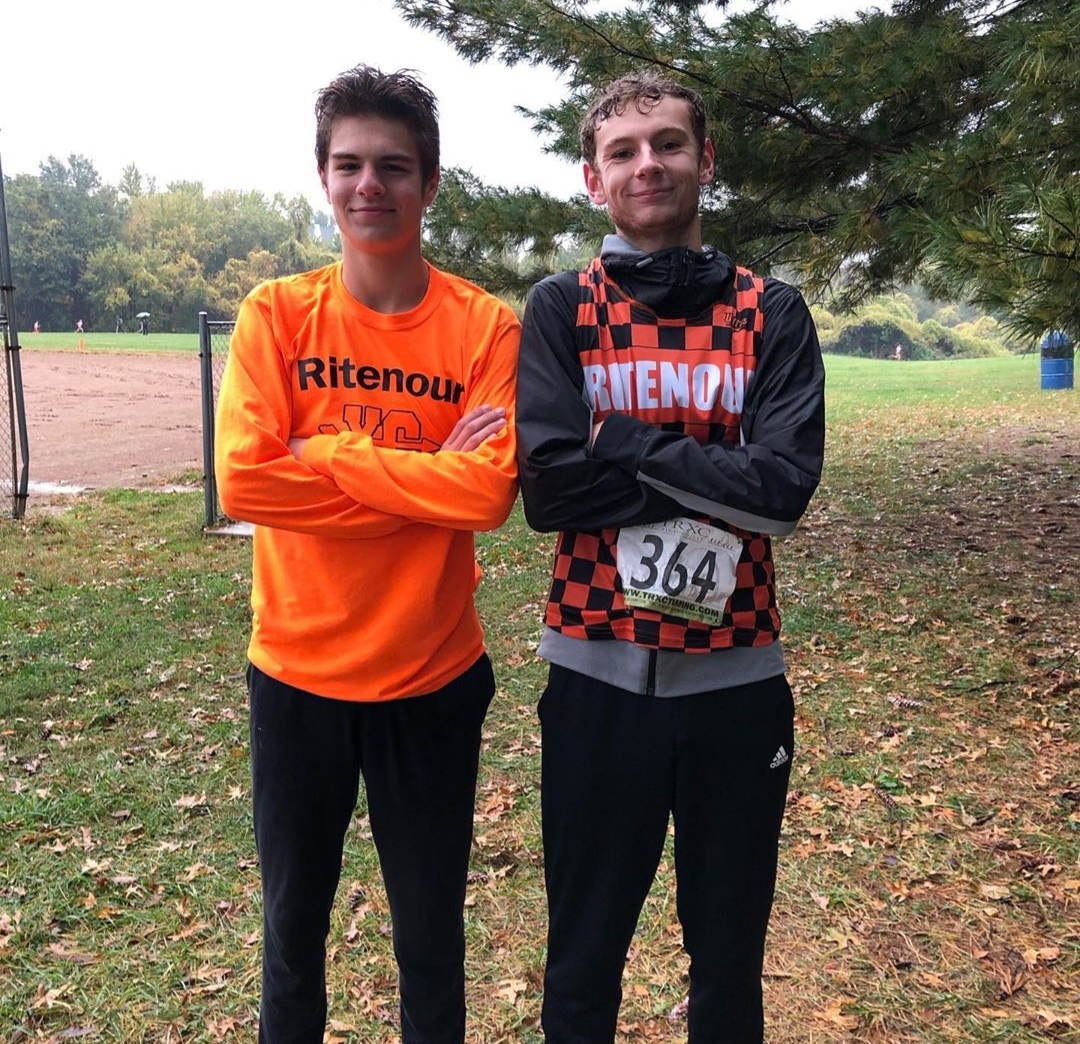 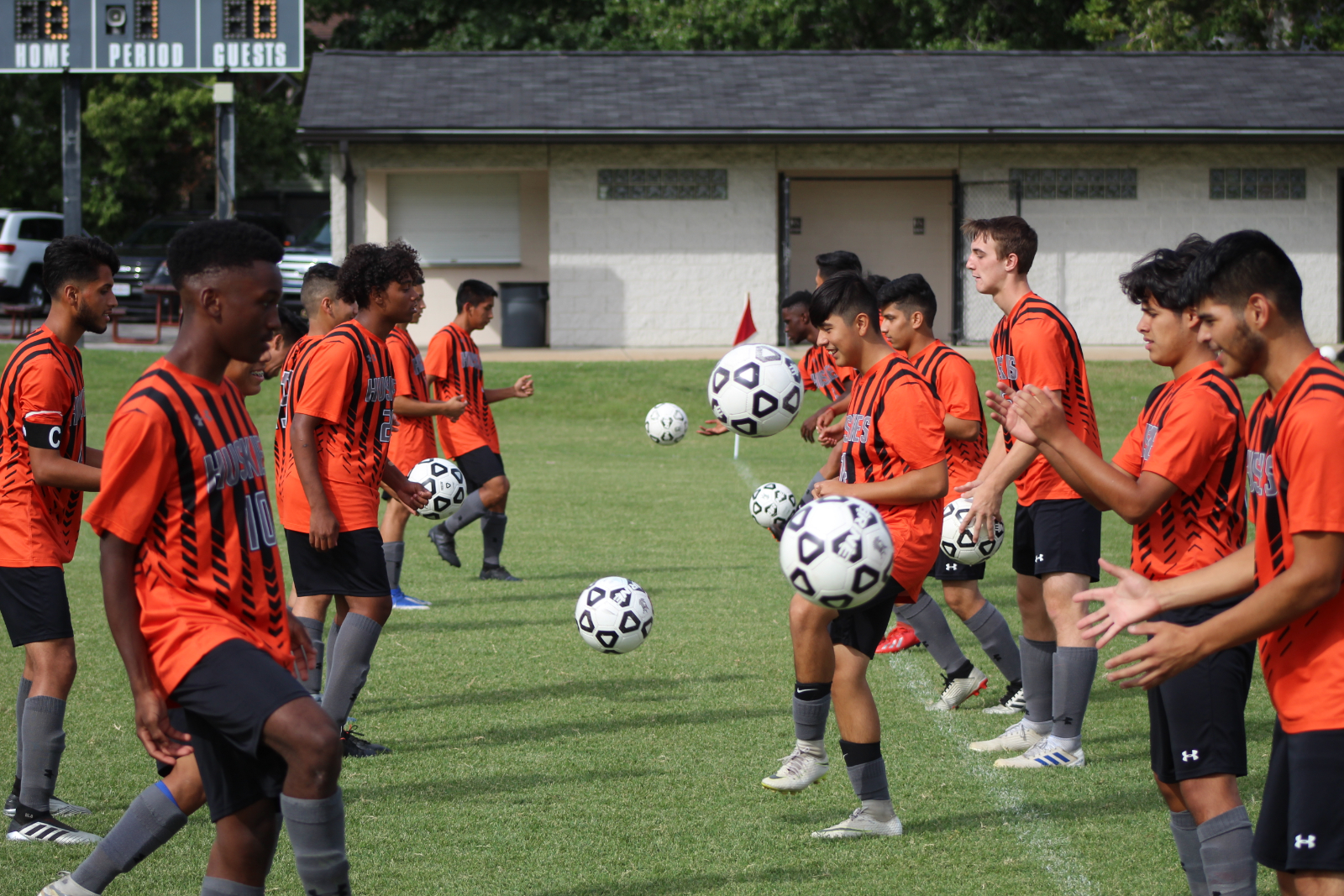 The Boys Soccer program continued to field three teams for the 2019 season. All levels played a competitive schedule, that allowed student athletes chances to play against top teams throughout the area. More importantly, the coaches kept their focus on holding our students accountable in the classroom and in the community.  The Varsity soccer team finished the season with a record of 4-18-1 and had four All-Conference selections led by Yemil Lopez who was the Offensive MVP of the team and a second team All-Conference pick. This was a great group of kids who worked hard and represented the Ritenour community with dignity and pride. 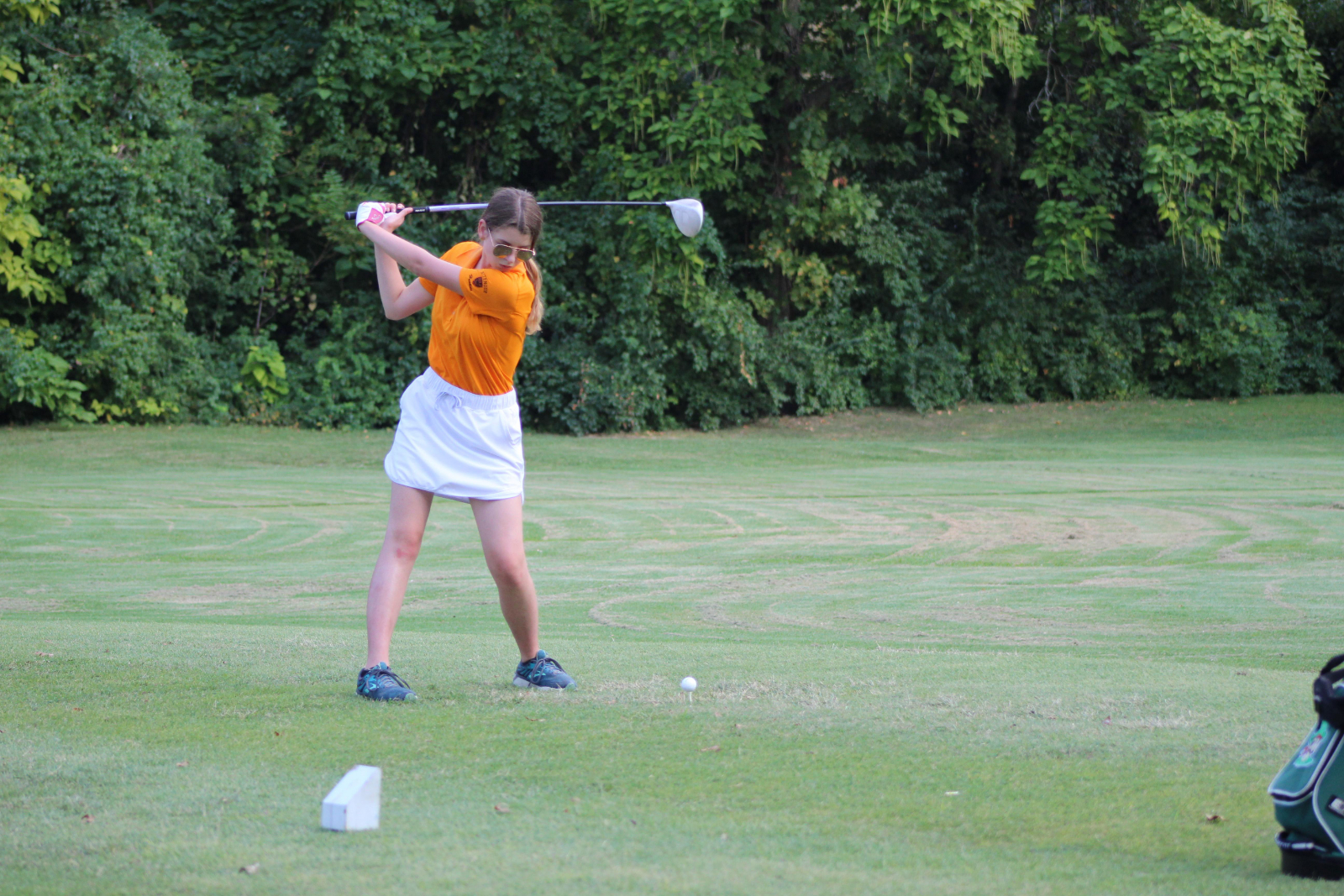 Girls Golf numbers were lower than usual, but the program hit the reset button with a new head coach that is in district and the future looks bright.  Though the program lacked ideal numbers for team play the group worked hard throughout the fall to improve their skills and recruit future players.  With the team returning everyone next fall they hope to build on the successes of this year. 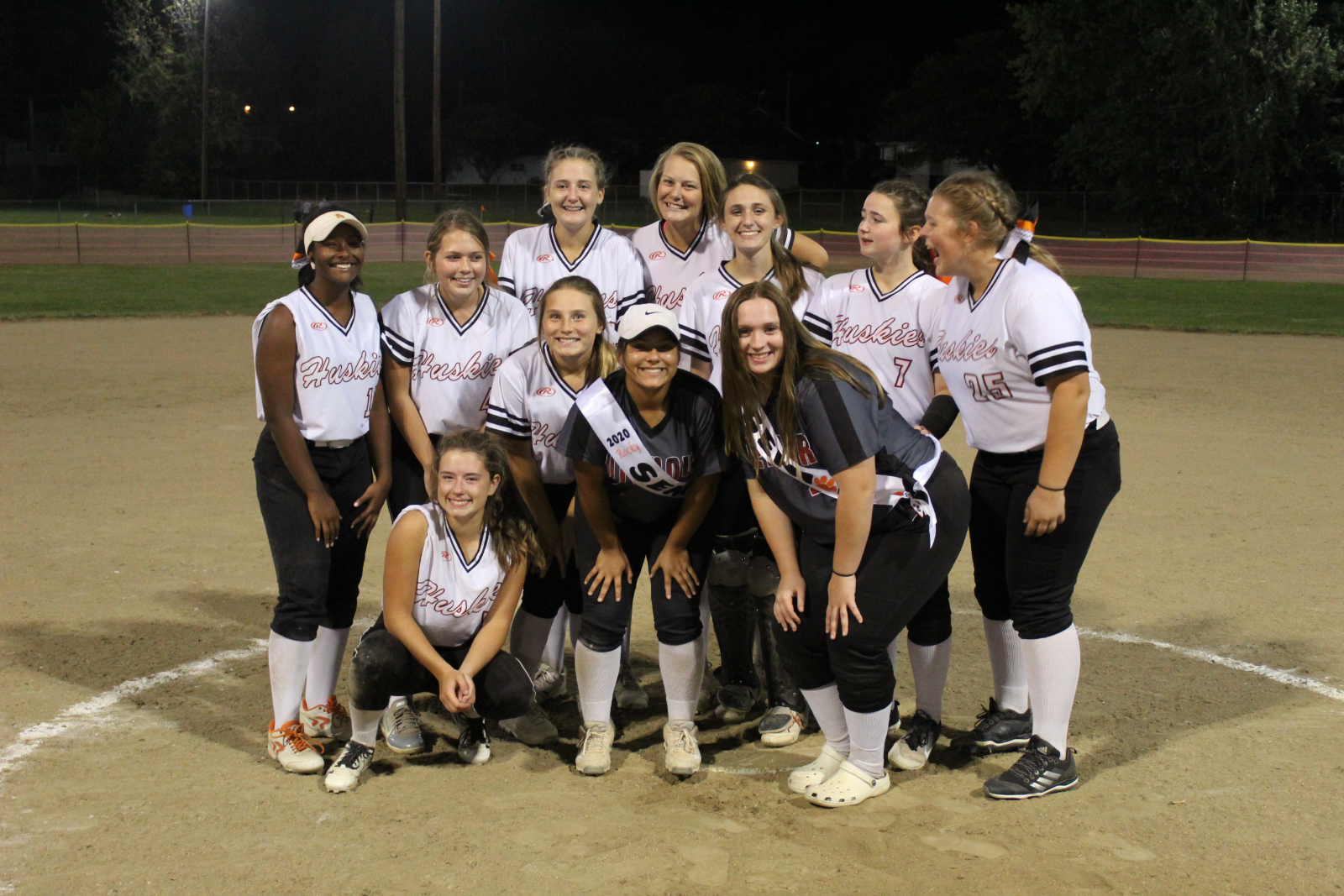 The Huskies Softball is young, energetic and ready for next season.  It was a great year for the girls as they continued to bond and improve throughout the fall.  They went 9-15 on the year which is not an indication of the true success of these young ladies.  The team won some big games placing nine on the All-Conference list with first team selections of Mallory Waller, Mia Key, Jayden Frost and Roxann Rivera.  The game that best symbolized this group was a big come from behind victory against Valley Park.  The girls were behind all game and then scored one in the 6th to tie, and had a huge 5 run 7th inning to complete a 10-5 victory.  The Huskies will lose a lot of offense with two Senior starters graduating but are poised for a breakout year in 2020. 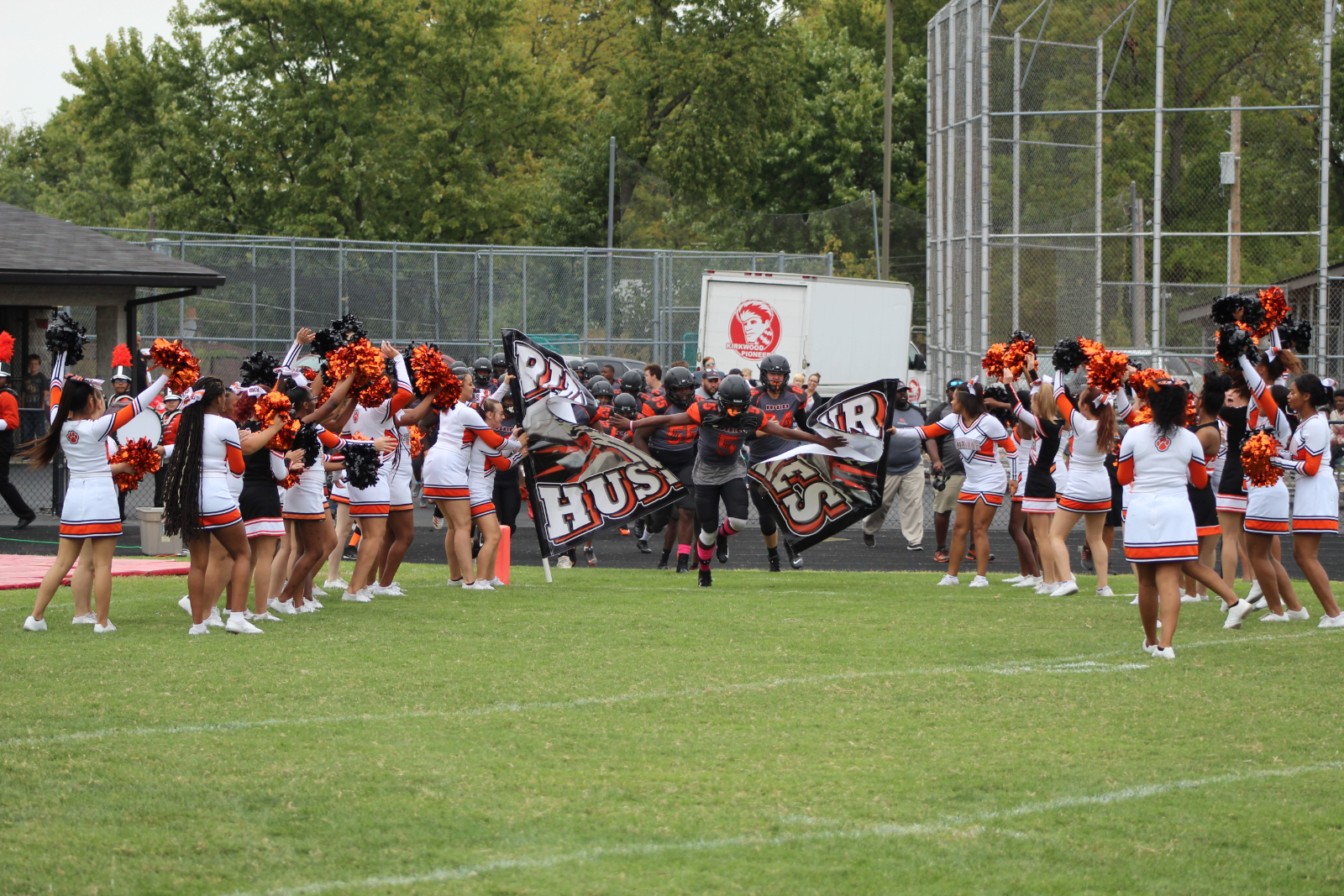 Football did not have the record they were expecting this fall, but it did not represent the type of players that are in the program.  This year’s team was extremely young as only a handful of Seniors played this season.  At any given point multiple freshman and sophomores could be found on the field during Friday night play. The Huskies fought hard in every game this season, and what wasn’t achieved on Friday night definitely was on Monday when our lower level team took the field.  The success of our C-Team with the number of wins and the ability to score 126 points this season is a sign of things to come.  This was a great group of kids, on and off the field, as they stayed positive throughout the season no matter the situation.  It is this type of positive attitude and approach that earned the Huskies five All-Conference selections and will help define the success of future seasons.  Senior standout and Illinois OL commit Kevin Tyler along with all the seniors will be missed next year.  They have helped pave the way for the underclassmen in leading by example.  This team has what it takes, and the battles from this year will soon prove to be the lessons needed to become a playoff contender. 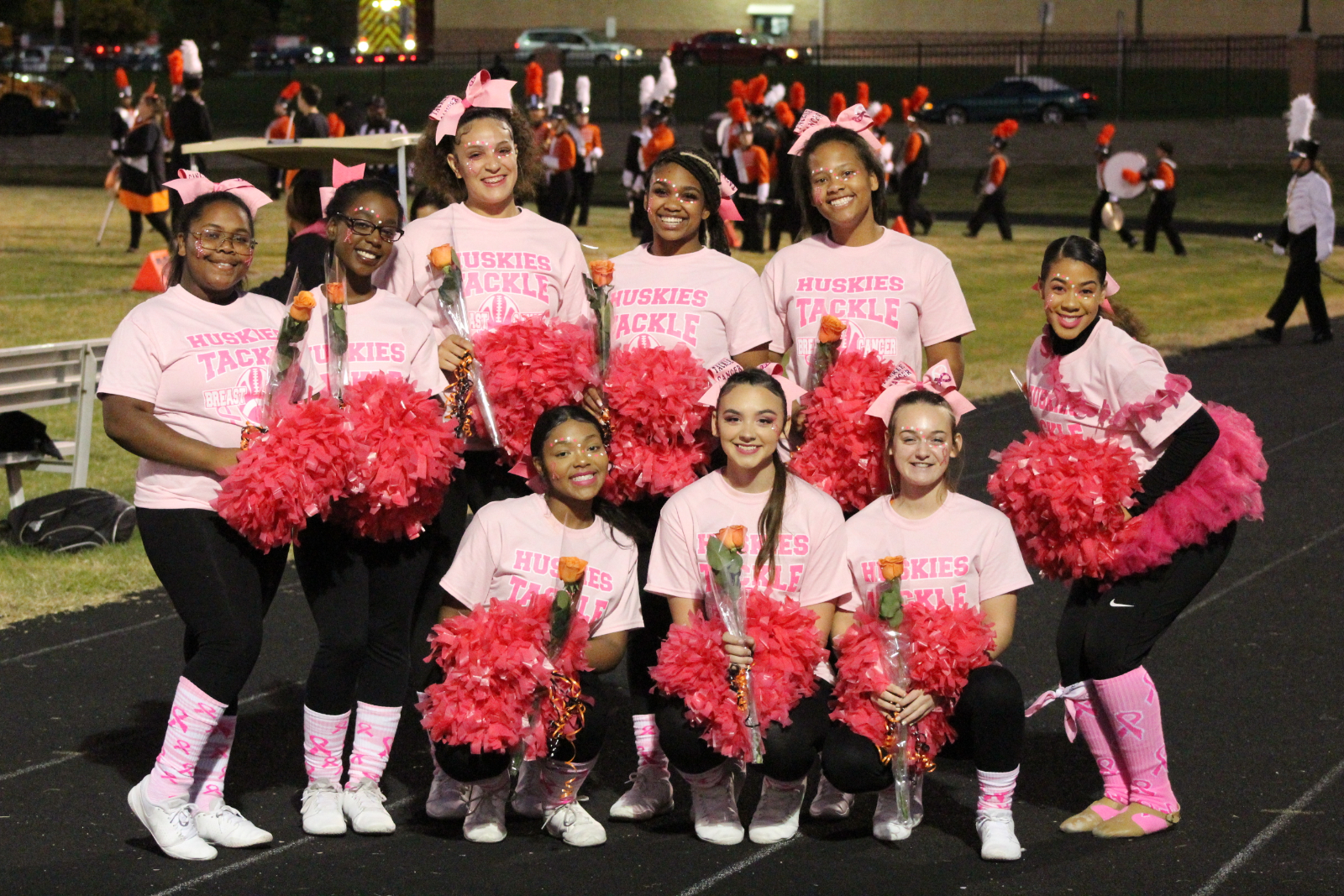 Cheerleading and Dance are not divided into fall and winter teams as the same groups stay together throughout both seasons.  With this said, they still need to be recognized for their amazing energy and school spirit they brought to every event this fall.  These girls work hard year round and are athletes just like everyone else.  They are vital to our programs and are a lot of times the first impression to opposing schools and communities.  Their tireless efforts ensure the face and spirit of Husky Nation. 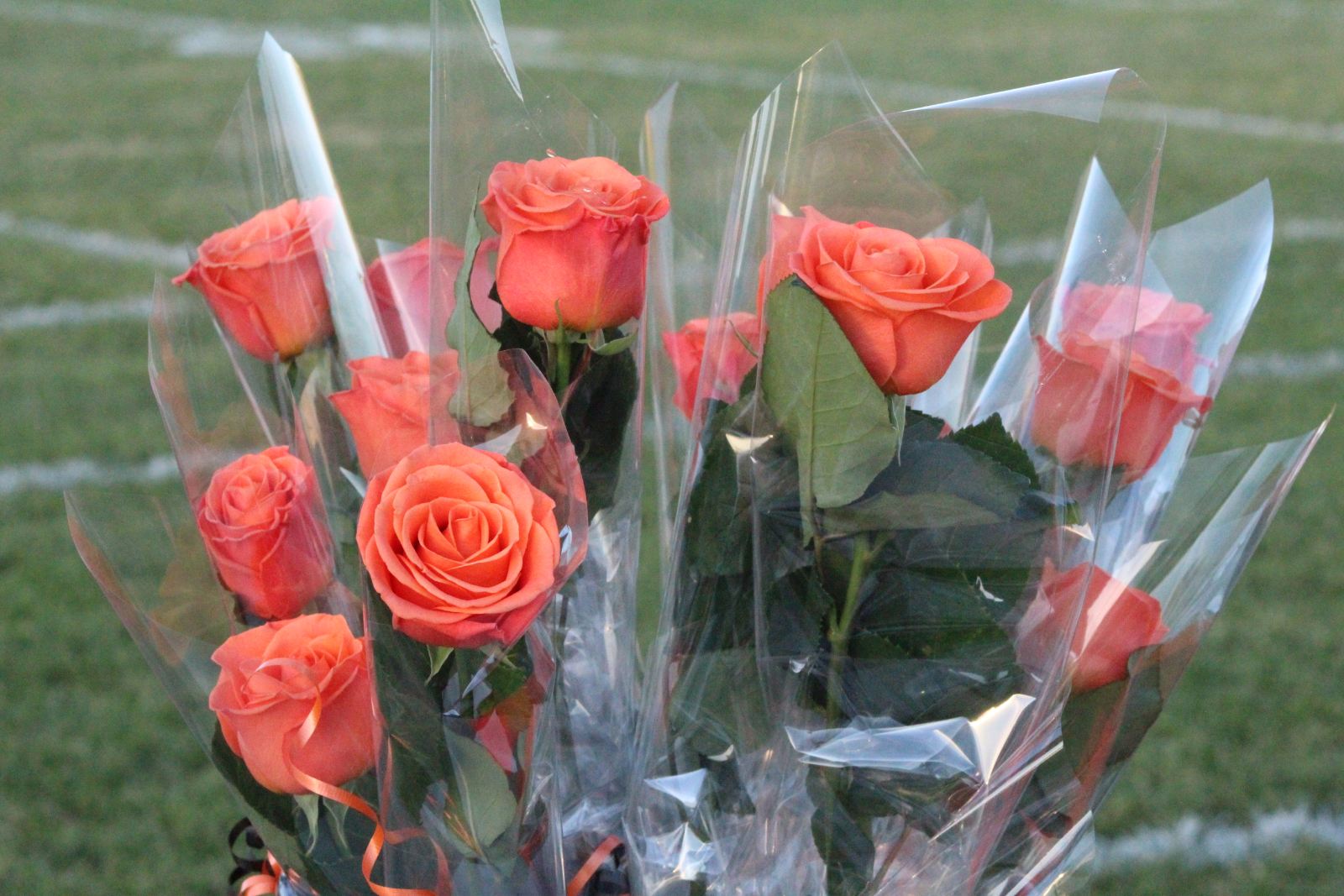 It was an incredible fall in terms of team and individual accomplishments.

Our coaching staff continues to lead by example and is constantly working towards the future.

We are so proud of our student athletes for their efforts and the community for its support. 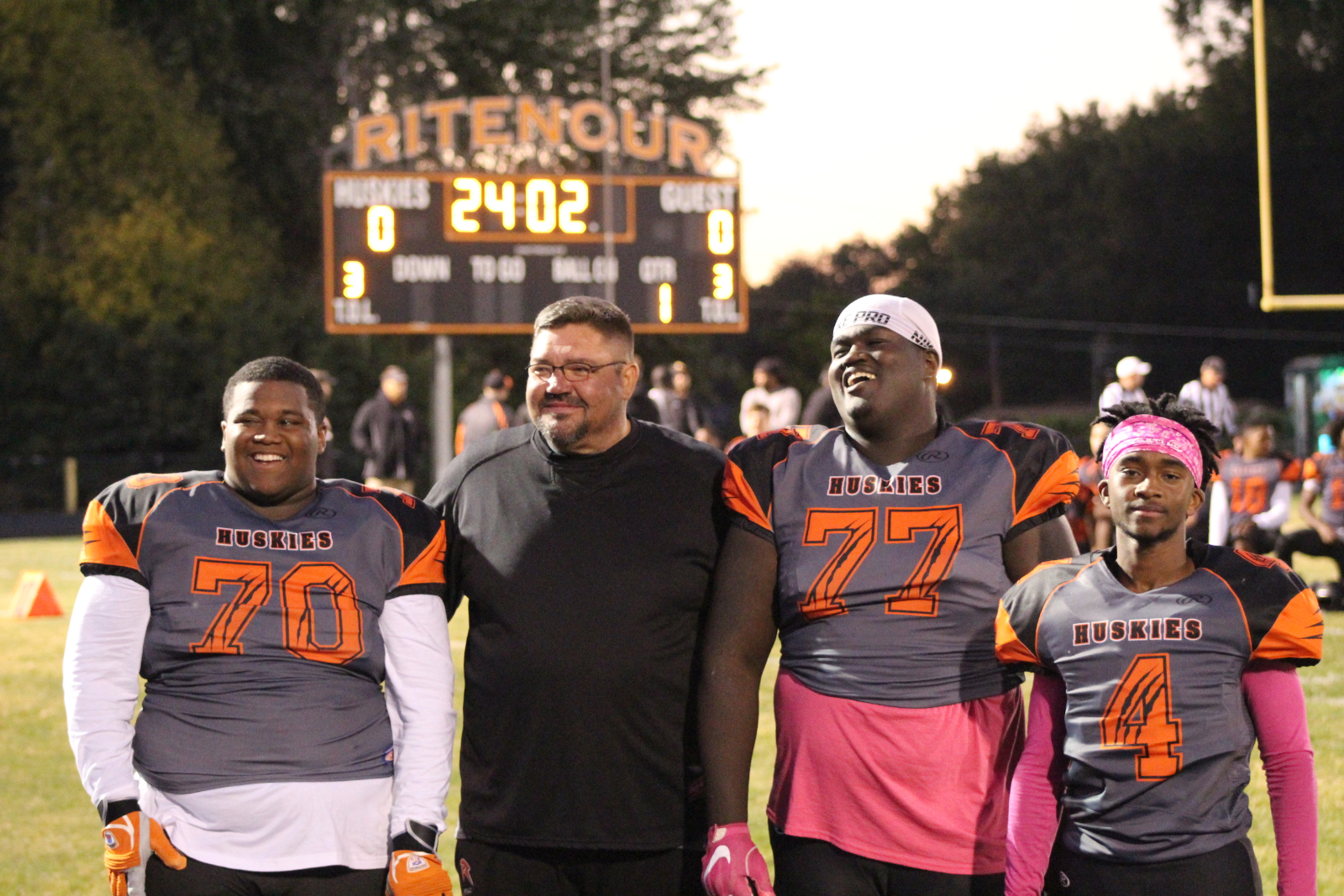 To our seniors, thank you for everything and we will miss you next fall!

To our underclassmen… things are just getting started!

Ritenour is “On the Rise” and we invite you to join us throughout the rest of the school year. 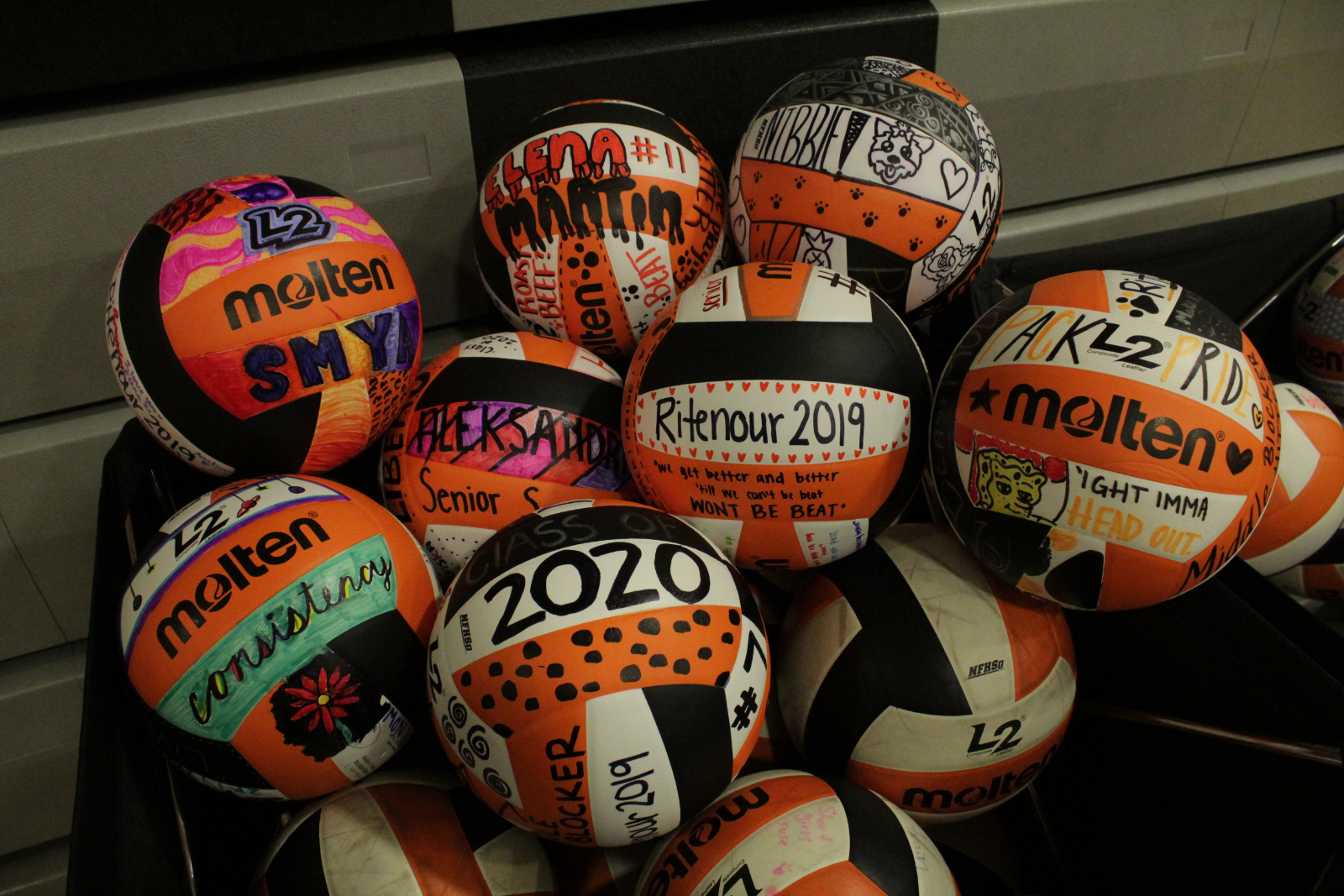