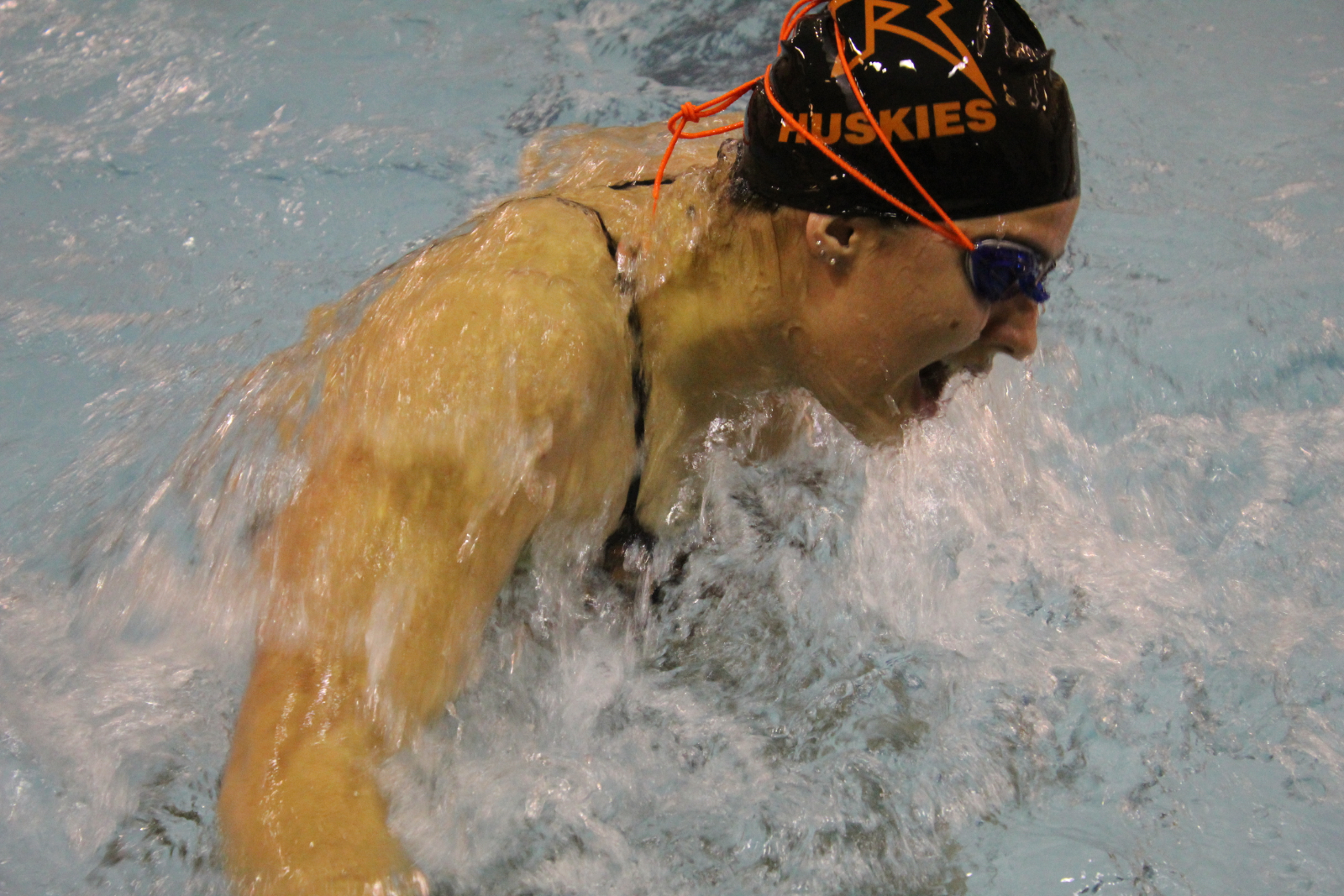 Things are a little unusual right now with the pandemic, but we hope that you are well, and that we can get back to normal this summer.

Below is a recap of our of Winter Sports teams.

Mother nature gave us a lot of mixed weather this winter but our athletes and coaches adapted and improved each day making it a great season.

In all there were 50 All-Conference honors for our Winter Sports teams as they picked up right were Fall Sports left off, especially in our aquatics program. 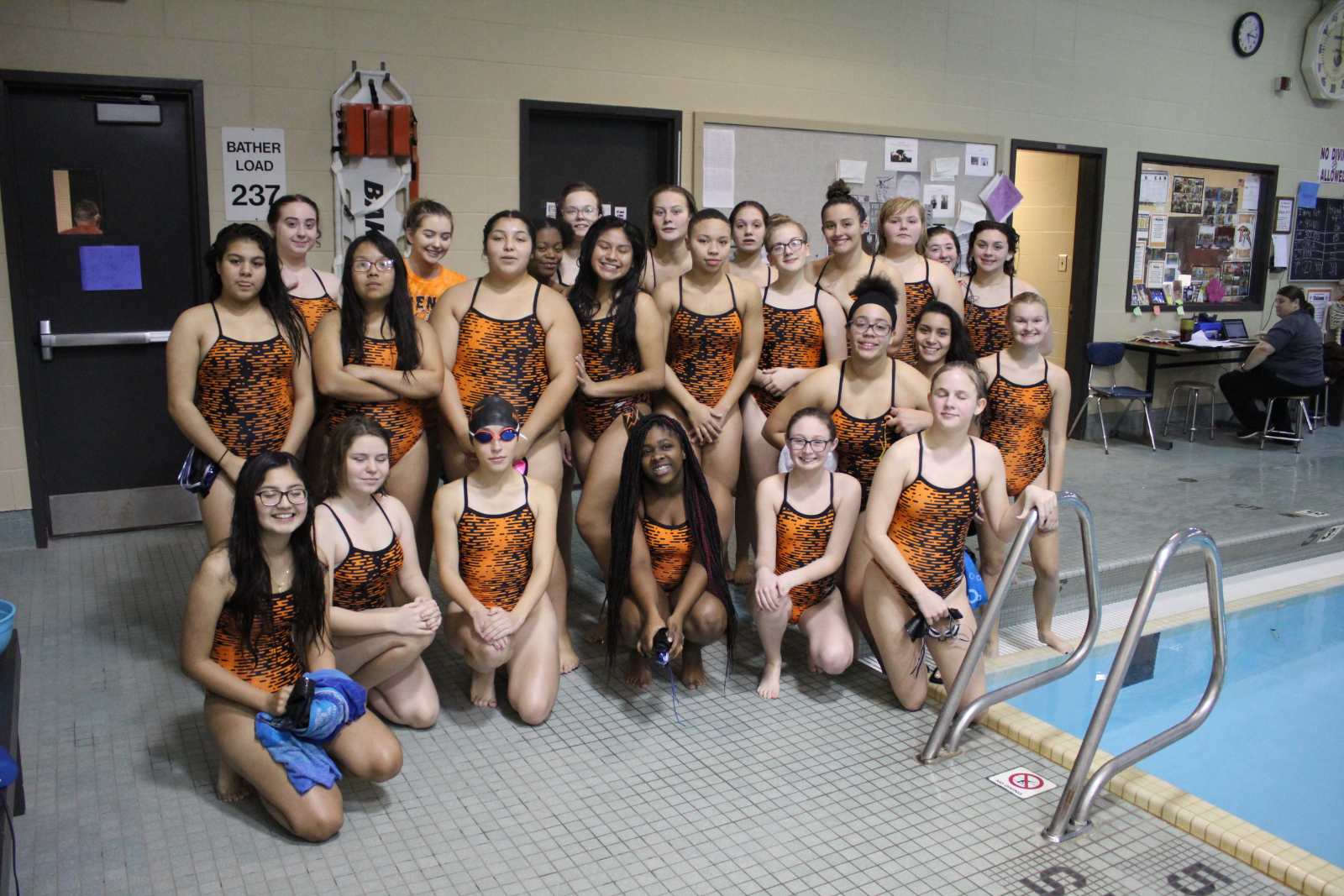 Wow, what a season!

The girls swim season was hectic at times as they had to deal with multiple inclement weather issues, including starting the season two days later than normal, canceling three meets that just couldn’t be rescheduled and kids being out sick.

Through it all, the swimmers were able to overcome and do their absolute best at the conference swim meet.

They finished the season 11-5 and won the Blue Pool Conference Championships by two points.

So many girls were able to earn their personal bests in those last two days of competition which shows just how dedicated they were.

Almost everyone on the team received first team, second team or honorable mention honors from conference.

In addition, Alyssa Lane was able to break the Ritenour High School 100 Breaststroke record from 1988 held by Richardson. Alyssa’s time was 1:16.60.

The squad is graduating four seniors and their shoes (suits?) will be tough to fill, but we are excited for what the future holds. 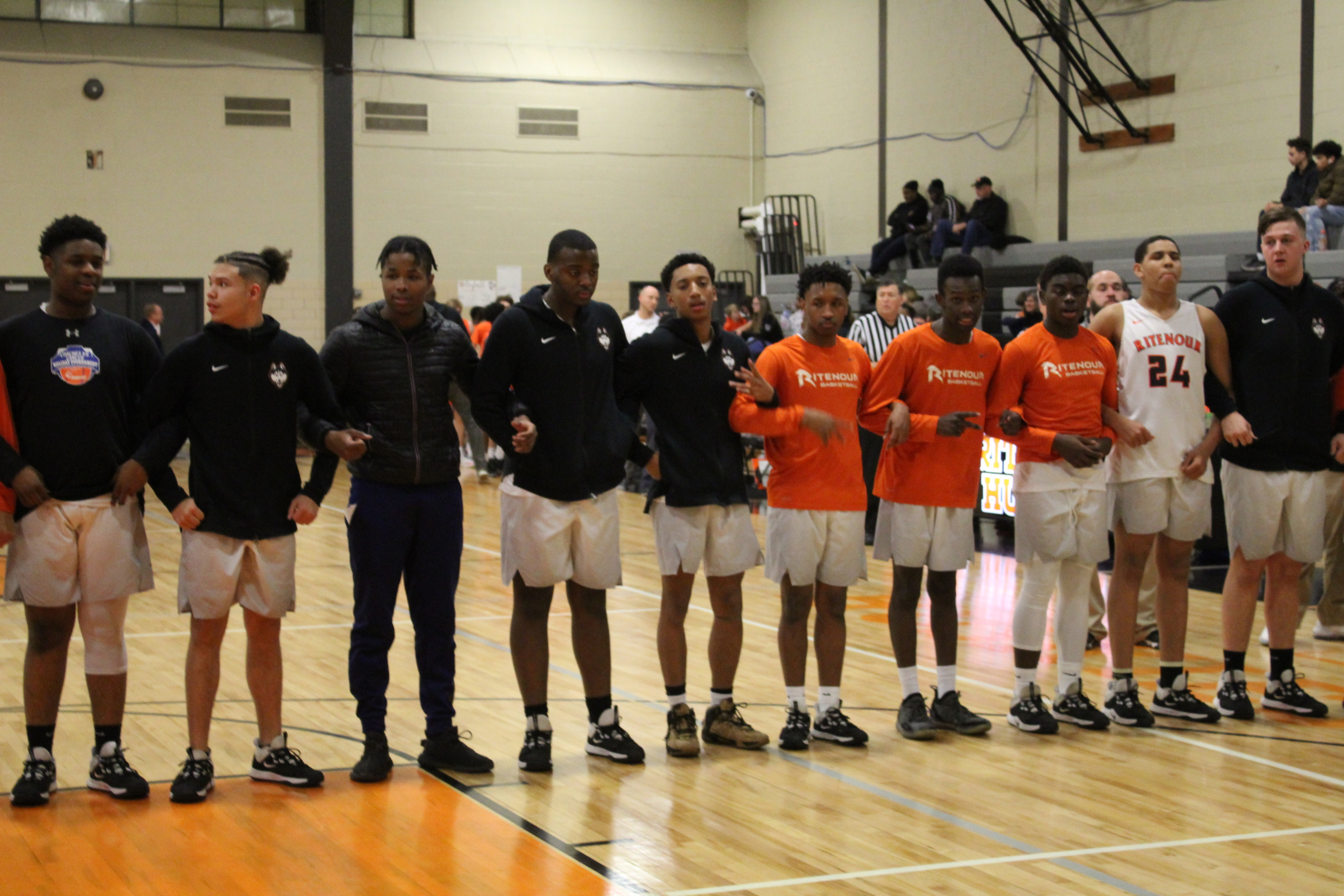 The boy’s basketball team continued their hard work throughout the season as they battled through a tough schedule.

An early season highlight included a thrilling 52-49 victory over Francis Howell North in the St. Charles West tournament. With .6 seconds left in the game, Jakobi Flynn caught an inbound pass and fired a three up as time expired to win the game.

The Huskies also had a great win over a solid Parkway South team in the middle of the season by a score of 50-44. It was a balanced attack this year in scoring for the Huskies with Jakobi Flynn, Brandon Clarke, Dorien Mack, Tre Moore, and Kentre Ellis all averaging between 6-10 points a game.

Senior O’Ryeon Curtis made a huge impact in the middle this year, battling for every rebound while also scoring 5 points per game.

Although the five seniors will be missed, the Huskies have a great core of younger players coming back, the future will be bright. 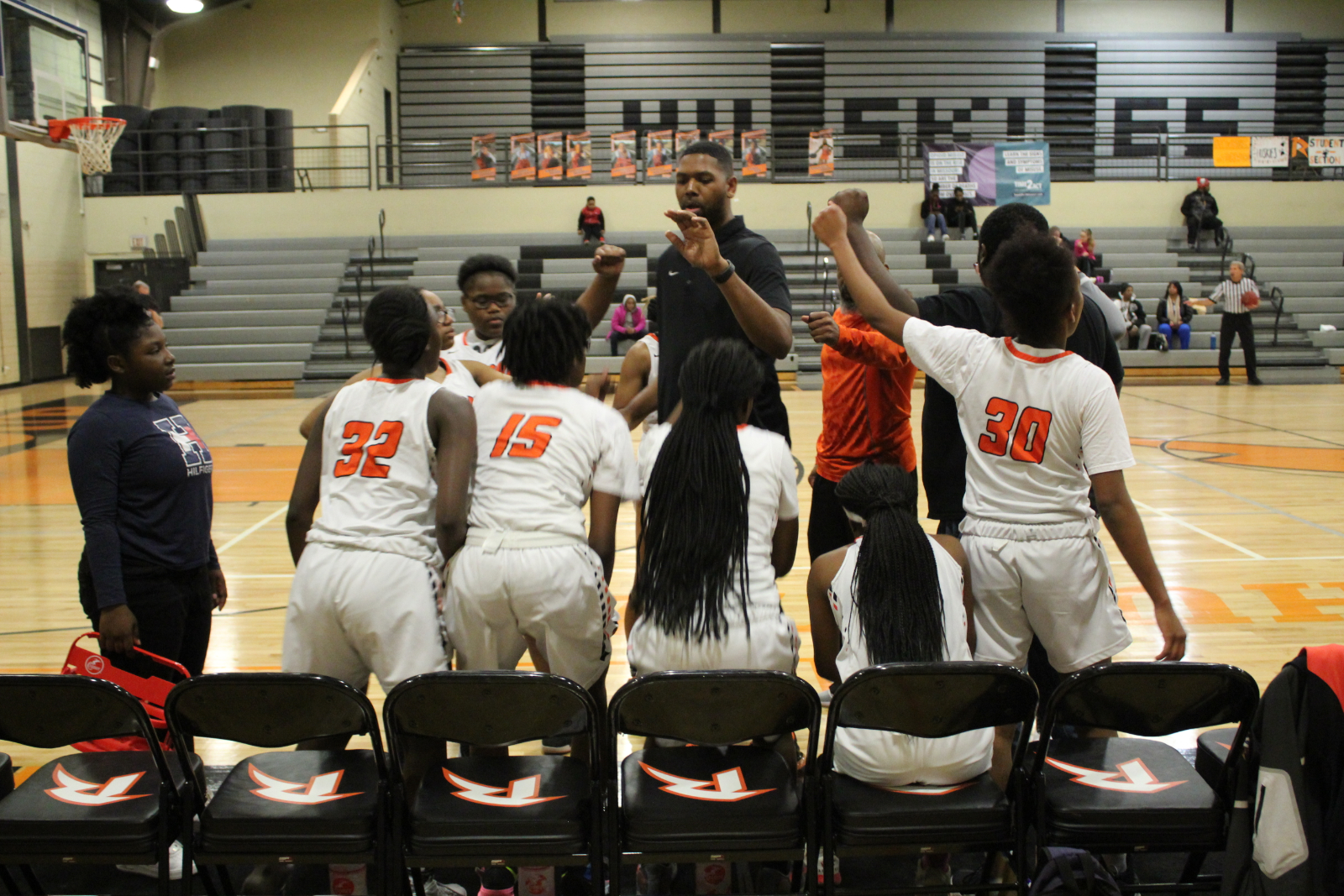 Girls Basketball is headed in the right direction with the continuous effort on and off the court.

They are still young and with the off-season approaching things will only get better.

The season didn’t end how we had hoped in terms of their record but the team played their best ball of the season at the end while improving each day.

Numbers got low during the season, and as they look to increase numbers next year they will be more successful as they have more players to compete.

Besides the numbers this group put in the time and effort on a daily basis and worked hard.

There were no seniors on the team this year and with everyone returning along with the addition of the freshman class coming in, the program looks to grow a lot for next season. 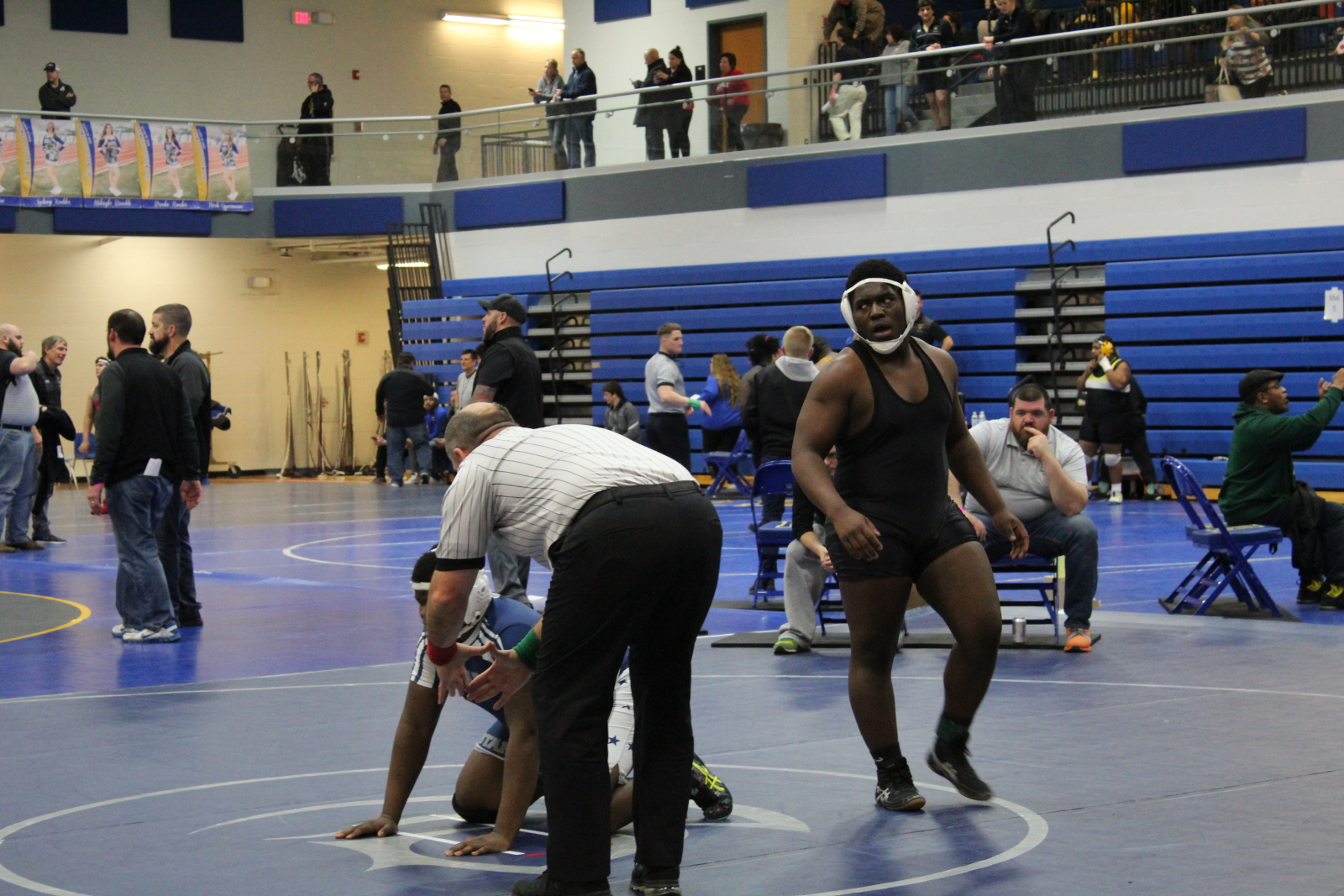 The Ritenour Wrestling team finished the season with a record of (3-9) but certainly were not defined by it.

The Seniors made it to the bubble match to go to state in both the boy’s and girl’s divisions, eventually losing in some heartbreakers.

The team is young and have pledged to wrestle in the off season.

Anthony Chrun, Juzaya Scott, Sean Neal, and Te Anderson served as inspirations for their fortitude and team effort along with placing individually in many of the season tournaments.

The younger wrestlers have a lot of talent and have look to recruit other wrestlers before next year.

The team continues to follow a tradition of greatness in one of the hardest sports at the high school level.

Great Job Huskies and good luck in the future! 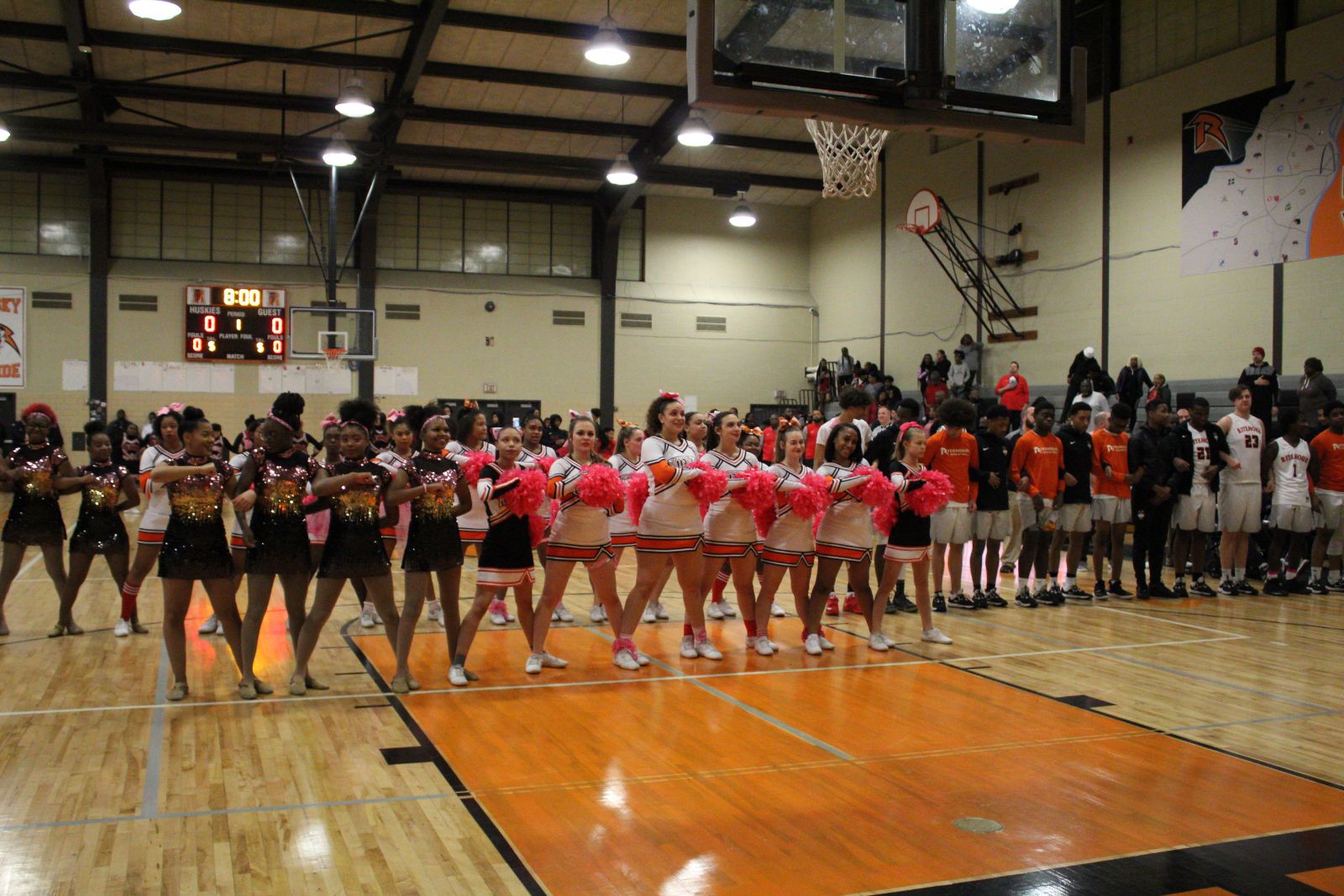 The Cheer and Dance Team made sure to stay optimistic for the 2019-2020 season as they were determined to have a great season.

Both teams were excited for the season as they worked side by side helping each other strive with big goals for each other and the teams overall.

The Huskies Cheer & Dance team showed their unlimited school spirit throughout the season by supporting their athletes and leading the crowd in cheers, chants and halftime performances.

They showcased their hard work, leadership, commitment and passion as they took the floor at the games performing challenging routines that involved stunting and dancing combined.

As the season came to an end with the final note of music, the last stomp with a cheer fades away and the seniors said their goodbyes, these two great groups of girls working side by side all season, made it a successful outcome and an unlimited memories & friendships to last a lifetime. 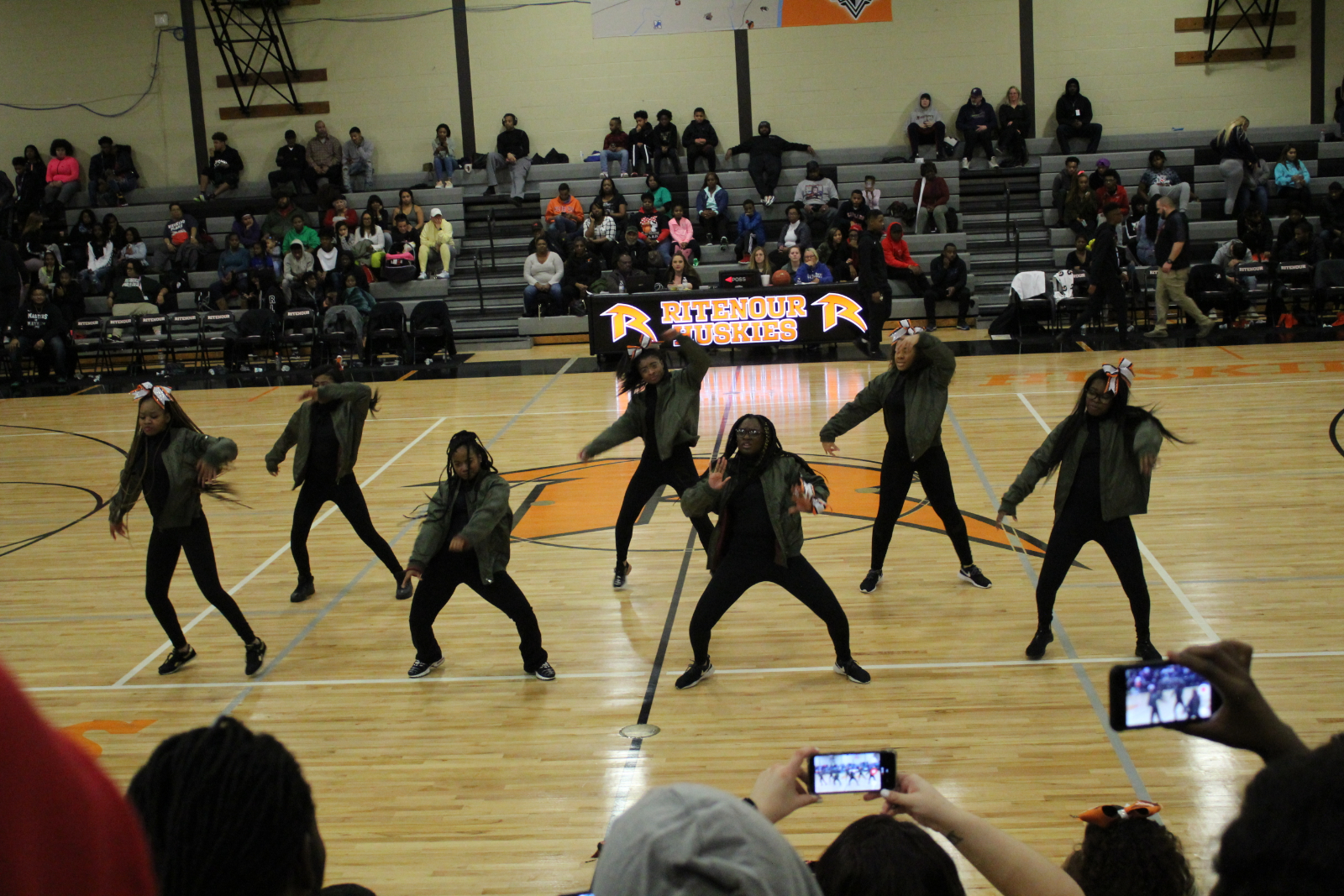