Director of Athletics and Activities 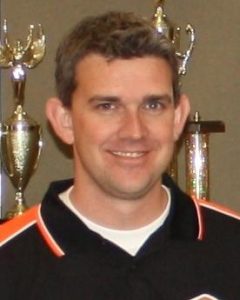 Drew Lohnes is in his 8th year serving as Director of the department and 21st overall in the district.  He started in 2000 as a Health and Physical Education teacher at Wyland Elementary.  In the spring of 2001 he began his coaching career with the Girls Soccer program as an assistant coach.  The following fall he joined the Boys Soccer coaching staff also as an assistant coach.  In 2004 he was named Head Coach of the Girls program and continued to lead the program through 2013 when he was promoted to Director of Athletics.

He is a 1993 graduate of Ritenour High where he lettered in Soccer and Baseball and was named to 3 1st Team All Conference teams.  He continued his education at Missouri Baptist University where he was captain of the Men’s Soccer team. The athletic experience he had growing up in this community has shaped his vision and sense of pride within Husky Nation. “I’ve been blessed with a lot of great coaches in my playing career and would like to think that I took those interactions and provided a positive experience for those that I was fortunate enough to coach.” Lohnes said.

Drew completed his undergrad at Missouri Baptist University and then continued his education at UMSL where he received a Masters Degree in Secondary Education.  After feeling a passion for the administration side of education, he received another Masters degree from Williams Woods in Athletic Administration.  “After a decade in the classroom, I was able to work closely with the AD at Ritenour to gain experience in this field while working on my Masters degree.” Lohnes said

Drew and his wife Karen have 2 daughters, Kaylee and Lexi, while residing in St Charles, MO. He is also the current president of the Anthony Armstrong 88 Foundation.  This is a non-profit organization formed in 2003 which raises money to provide scholarships for local graduating high school seniors.

A more in depth article on Drew about his vision for High School Athletics can be found by clicking here.

Coordinator of Athletics and Activities 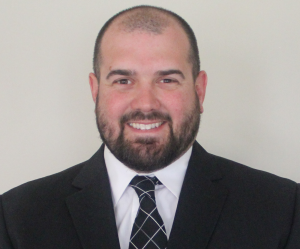 Lee Laskowski comes to Ritenour High School after serving as an athletic administrator for the school district of Clayton for the past 12 years.  He had been a baseball coach at Clayton High School and Fontbonne University for three years preceding his role in the athletic department and will bring over 15 years of experience to Husky Nation!

Lee was a graduate of Clayton High School in 2000′ where he played Football, Basketball, Ice Hockey and Baseball. He was named Conference Player of the year multiple times while also being a 1st Team selections to All-Conference, All-Metro and All-State before continuing his baseball career at the University of Missouri – Columbia.

After college he played semi-pro ball before beginning his professional career.  He first started in finance at Axa Equitable before making the transition to education and teaching 7th grade math at Langston Middle School.

While at Clayton Lee has been instrumental in the promotion of student athlete accomplishments through the use of technology and social media.  He believes first hand that it is imperative to “Tell your Story” and “putting students at the forefront of decisions while recognizing their efforts and achievements is vital to a winning culture”.  Laskowski also went on to say “The purpose of athletics is to create value for our kids and community.  Instead of judging success on just wins and loses we need to be transformational in our approach and focus on the development of our students.”

Laskowski transitioned Clayton Athletics to zero based budgeting, created their website, and has been in charge of MSHSAA transfers/eligibility/coaching development/certification.  He has helped organize the master athletic schedule while serving as the coordinator of Shared Usage along with being the recording secretary for the Suburban Conference.  Lee looks forward to bringing his skills to Ritenour and having the opportunity to create a platform to showcase Husky Athletics and Activities.

Lee completed his undergrad at Mizzou, transitioned to teaching at UMSL and holds a Masters in Athletic Educational Administration from William Woods.  Laskowski considers himself a lifelong learner.

Athletics have always been a big part of his life and it even helped him meet his wife who was also a four year starter for the Mizzou Gymnastics team.

Lee and his wife Lauren are the proud parents of two children, Laney and Leonard, while currently residing in Olivette, MO.

A more in depth article on Lee about his vision for High School Athletics can be found by clicking here. 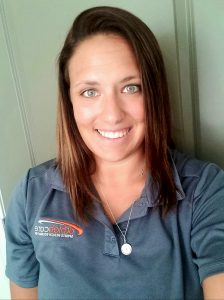 Taylor Kuehl is in her second year serving as the Athletic Trainer at Ritenour High School. She started her career in 2018 through Athleticare Sports Health Foundation, who partners with local high schools in the St. Louis area.

Taylor was a graduate of Watertown High School in Watertown, Wisconsin where she played volleyball, basketball, softball, and was an active member in the 4-H showing horses. She was an All-Conference selection multiple times and made two state appearances before continuing her volleyball career at Carroll University.

Sports have always been a big part of Taylor’s life, and she went through a major shoulder injury during her college career. Because of her love for sports and time spent with the athletic trainers recovering from her own injury, Taylor decided she wanted to be able to help future athletes with their injuries and perform to the best of their abilities.

Taylor completed her undergrad at Carroll University and earned a Bachelor of Science in Athletic Training with a secondary major in Exercise Science. During her time in the athletic training program, Taylor did multiple rotations in the high school and collegiate settings, including an internship at the University of Wisconsin- Green Bay. She is currently pursuing her Masters in Exercise Science with an emphasis in Sports Performance with the goal of getting more involved with the strength and conditioning programs at the school.

During her first year at Ritenour High School, Taylor found it important to get involved with the students outside of sports and developed a Sports Medicine Club. Within the club, Taylor works with the students involved to teach them basic skills and get them hands on experience in the athletic training facility. As part of the club, the students shadow and assist Taylor during practices and games to get a better understanding of what the sports medicine staff does on a daily basis.